Breeding for Health, Temperament and Size

(12 weeks old around the 14th January 2013)
Indie and Opal went on a lovely Queensland holiday for awhile to meet some new boys. Indie met Hugo and came back with a lovely round belly, that produced 3 gorgeous babies that all turned out to be purrfectly marked Blue Mitteds!
We are keeping the 1 gorgeous girl, as Indie is now retiring to be a lovely bed buddy. Many thanks to Kerry of Jipsiglen Ragdolls in QLD for the care she took of my girls while they were up there visiting her boys! 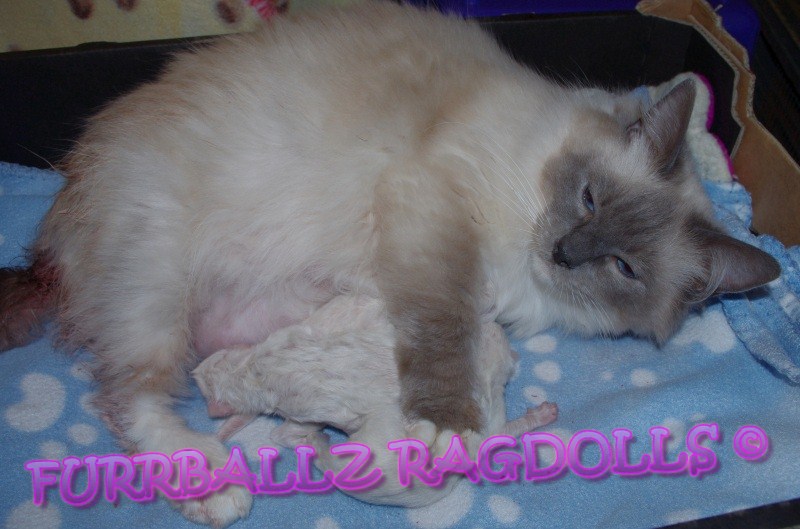 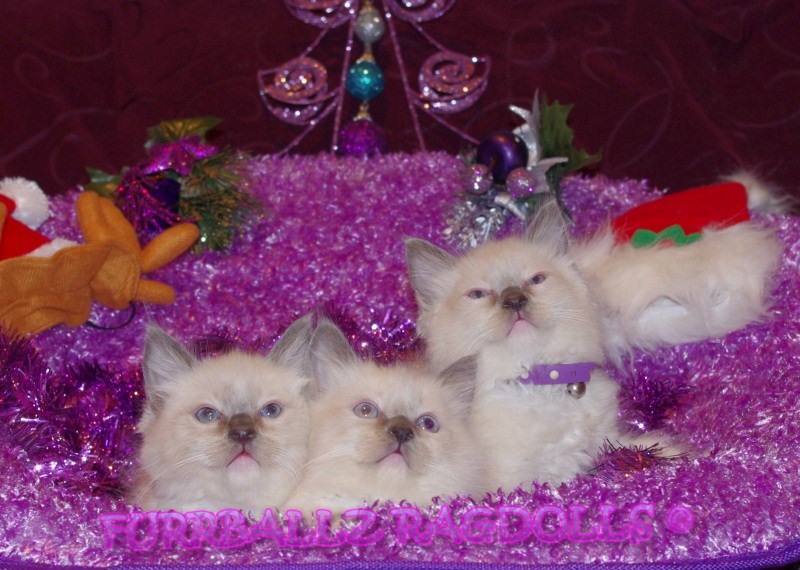 Tessa and Roane make lovely babies, so we decided to try again for some lovely babies... and got them!
SEVEN gorgeous babies, in Chocolate and Seal, Bicolours and Points. 2 gorgeous girls and 5 handsome boys! 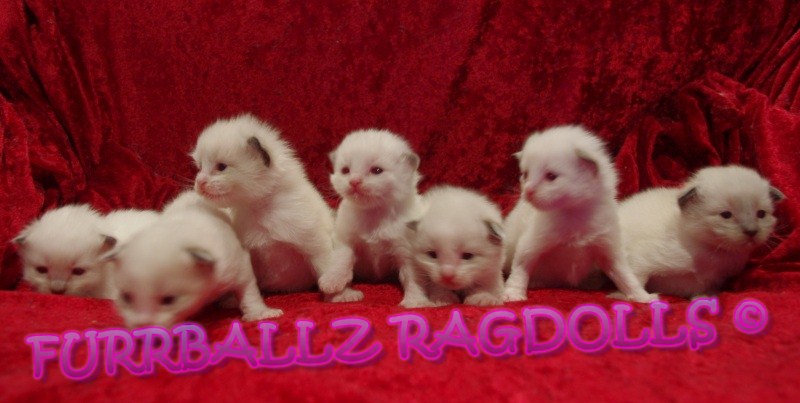 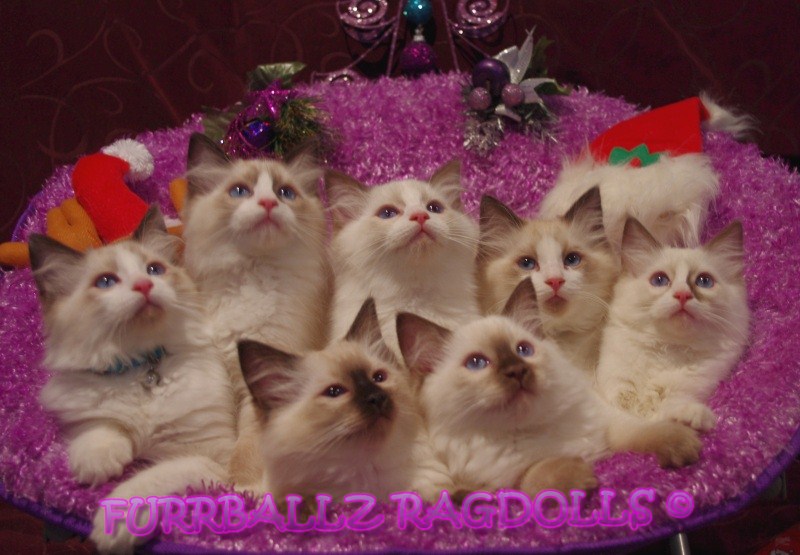 This was Lolli's first litter, so we put her to our Seal BiColour boy, Roane. She gave birth to 4 babies, but sadly squished one while birthing the others
Lolli has 2 handsome Red boys that we believe are BiColours and a lovely Chocolate BiColour boy as well. Pictures below where taken at 2 & 5wks of age.

Bragdollz Sundance was part of a swap with Amanda from Bragdollz Ragdolls and was the culmination of me wanting a Red Bi-colour girl for a VERY long time!
We mated her to the gorgeous Thief and were SHOCKED to see she ended up having SEVEN babies!
There are four bouncing boys, all Red, and 3 gorgeous girls, ALL Seal. We are now surprised to see that ALL the kittens are BiColours!
Pics below are soon after birth and at 2, 6 & 9 weeks of age.

KitKats first litter was with our wonderful Thief

She had SEVEN gorgeous babies, all will be Points. We now know we have a Chocolate Boy, a Chocolate Tabby girl, 2 Seal girls and 3 Seal Tabby girls.

Pictures below are at 4wks and 8wks

Andi is a lovely girl and always has nice size litters. She hasnt dissappointed with this litter, giving birth to SIX bouncing babies!
We have 4 girls and 2 boys. All will be Points, and as Andi is a Blue/cream and Thief is a Blue Tabby the possible colours are Lilac (both parents carry chocolate) Lilac/cream, Cream, Blue and Blue/cream with Tabby in approx 50% of them.

Glinda is one of our lovely young Blue Bi-colours and this was to be her first litter. Thief is the Dad. Sadly it will also be her only litter due to a series of events that noone could have anticipated.

Glinda's pregnancy appeared to be normal and uneventful and she gave birth without fuss, tho there were 2 deceased babies and 2 live. The two live were good sizes, one a girl and one a boy.

From the second day after giving birth, Glinda didnt look well, and this started a 2 week roller coaster, watching her get worse and then better. Sadly we lost the little boy 48hrs after birth, and then only 4 days after birth, a Sunday morning (of COURSE!) Glinda herself was sooo desperately ill that we rushed her to Lort Smith in North Melbournewere she was admitted and placed on IV fluids and into isolation. Glinda was diagnosed the next day with the potentially deadly problem of an infected uterus, or pyometra which is pretty rare in cats. So we gave the permission for her to be desexed. Her life is far more important. The good news is that after a week in the vet hospital, Glinda and her remaining gorgeous girl, came home and both are thriving!
We will be keeping Glinda's daughter and we think she is a Blue Bi-colour like her Mum :) 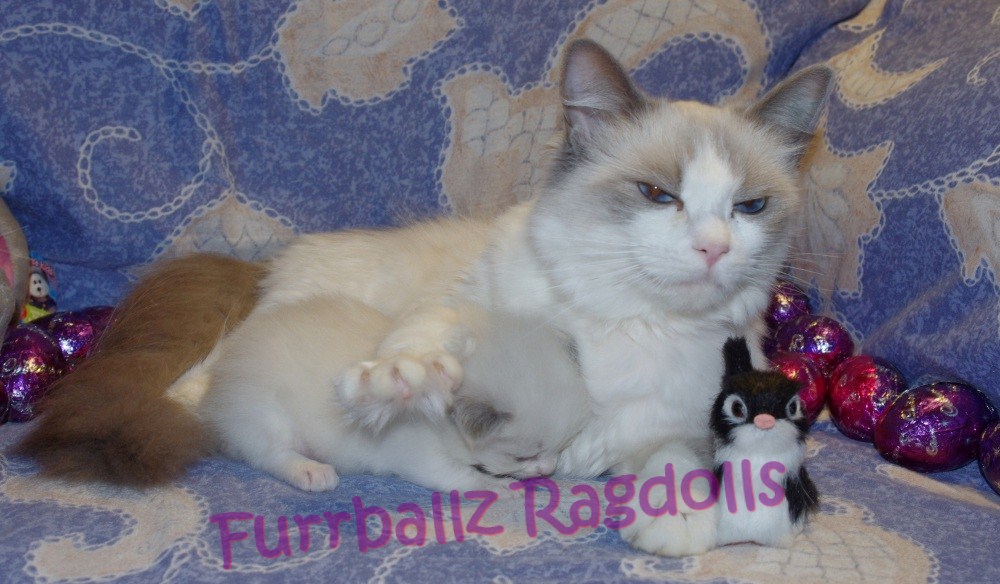 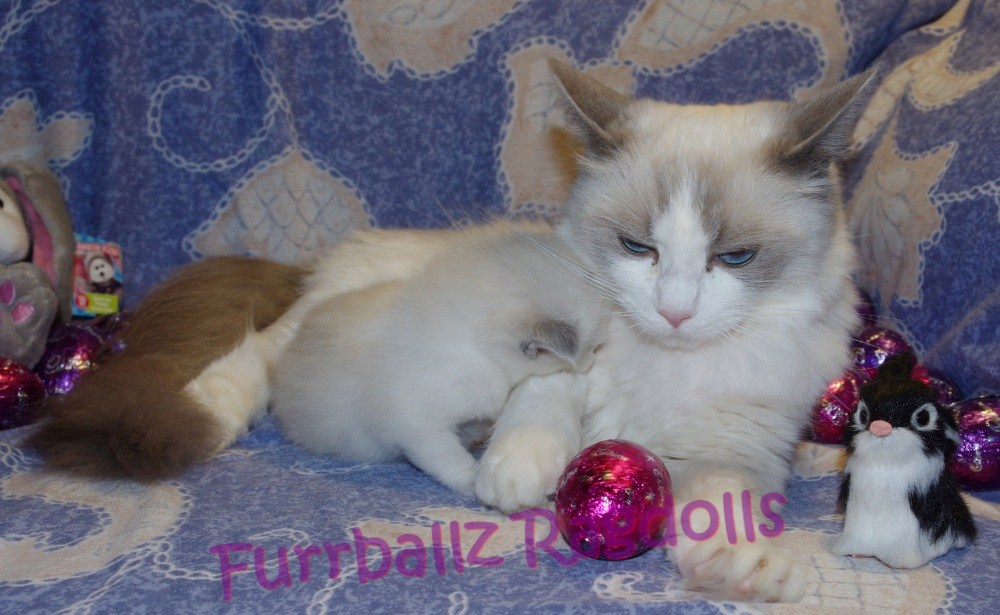 Dotty's first litter was a HUGE surprise in more ways than one!!
She surprised us by having SEVEN little babies to Thief! We have Four handsome gentlemen and Three lucious ladies!

They are all Points and their colours are Seal, Seal Tabby, Blue Tabby and Chocolate Tabby

We are retaining the gorgeous Chocolate Tabby girl

Pics below are at 3wks, 9wks and 13wks old. The pic of Dotty above is just after birth 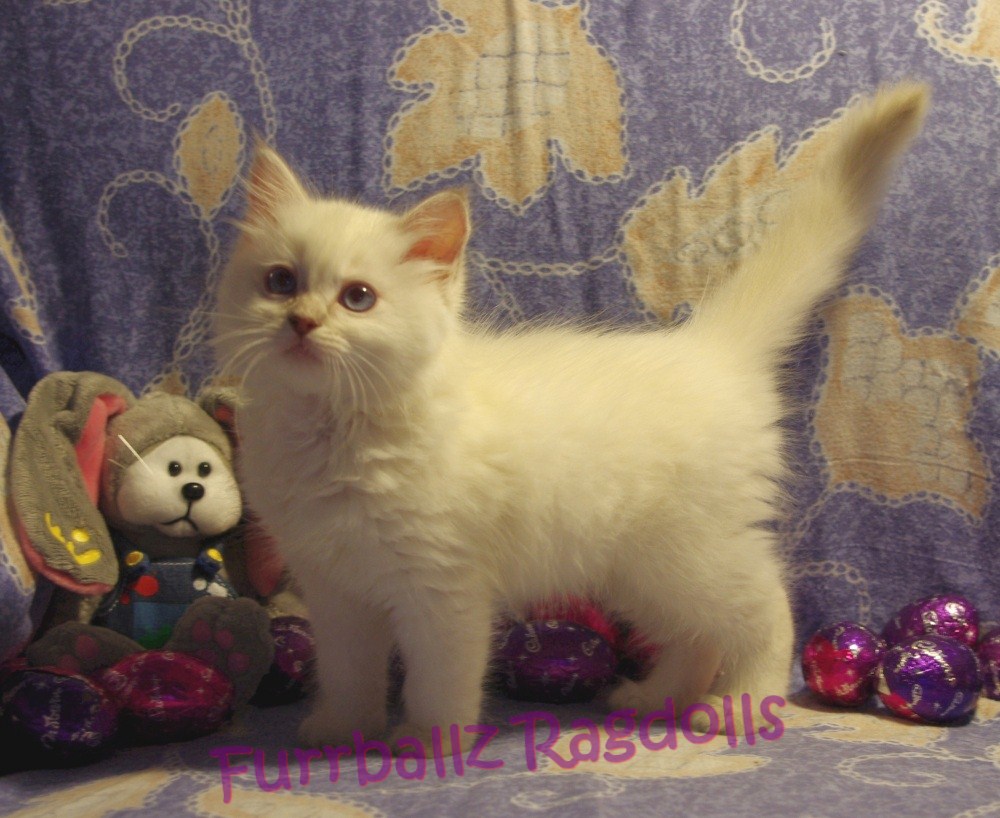 Forwarding or copying the content of this website is strictly prohibited & covered by copyright law © T. Riddle 2010